Aslan Youth Ministries is a nonprofit organization serving some of the most impoverished areas in Monmouth County, within Long Branch, Red Bank and Asbury Park, New Jersey.  Since 1975, Aslan has provided community development programs with a focus on the spiritual and educational development of each child that impact and empower at-risk youth. We work with grade school and high school students and their families to have the greatest results for each child.

In 1996, Aslan was invited, and accepted the challenge, of providing several life-saving services in Ouanaminthe, Haiti, located along the northeastern border of the Dominican Republic.

Our Mission – Aslan’s mission is to provide relationship-based programs that permanently impact the bodies, minds, and spiritual needs of at-risk, urban youth.

Our Philosophy – From the moment a child comes to Aslan he or she is challenged to become a servant leader. Our students understand what it means to be on the receiving end of charity but are rarely afforded the opportunity to appreciate what it means to serve the needs of others and to recognize their own gifts and talents to imrpove their own circumstances.

Aslan has a multicultural staff and volunteers, which helps our children develop a healthier attitude toward race. At Aslan, we incorporate three main components into our services and programs for our children and their families. This approach to programming includes emotional and spiritual growth, educational enrichment to fuel the mind, and recreation and enrichment services to motivate the body, mind and spirit.

Our History – Aslan Youth Ministries was founded in 1975 by Craig and Lynn Ann Bogard and Bill and Dusty Neergaard. After graduating from Eastern New Mexico University, Craig & Lynn Ann first moved to New Jersey in 1971 to work with Camp Shiloh, an organization serving disadvantaged children in and around New York City. During the Bogards’ one-year commitment to Camp Shiloh, they spent 9 months in New Jersey and 3 months in East New York Brooklyn. After their year with Shiloh, the Bogards returned to the Southwest in 1972 to join Craig’s sister, Dusty, and her husband, Bill, in ministry in El Paso, Texas. The Bogards’ time with Camp Shiloh in New Jersey had, however, changed them forever. In 1975, the two couples officially incorporated Aslan and moved to New Jersey to minister to disadvantaged children in Monmouth County. 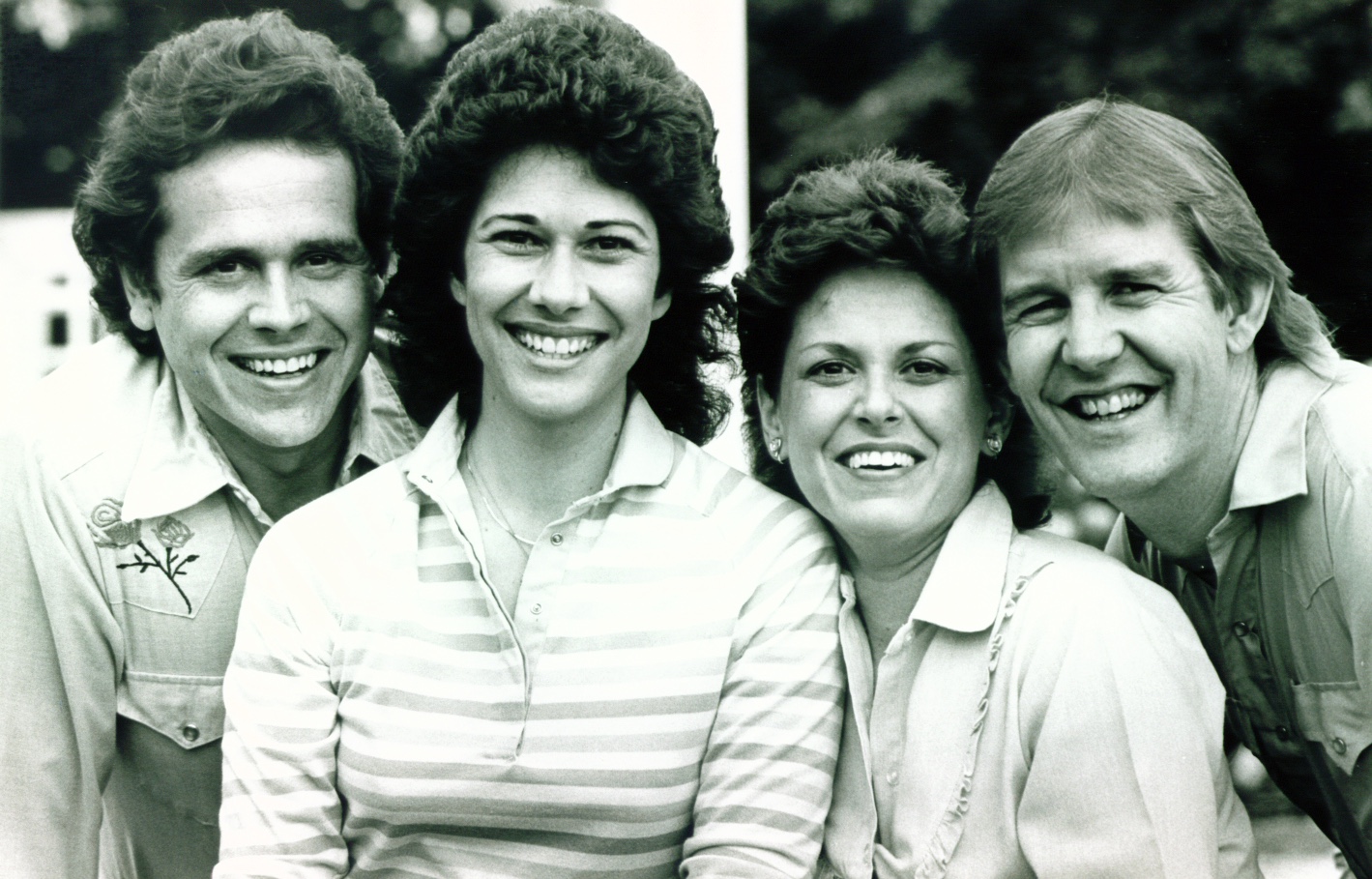 For years, the two couples (left to right, Craig, Lynn Ann, Dusty & Bill) tirelessly ministered day in and day out to see Aslan become a success. In 1987, the Neergaards returned to New Mexico, and the Bogards assumed the full leadership of Aslan Youth Ministries. Bill and Dusty continued to be intricately involved with Aslan from afar. Sadly, Bill Neergaard died of ALS (Lou Gehrig’s Disease) in 1994. Dusty still remains a major supporter of the ministry.

In 1996, Aslan expanded its ministry into northeastern Haiti. After many years and well over a thousand success stories, Aslan Youth Ministries continues to positively impact and empower disadvantaged children in New Jersey and in Haiti. 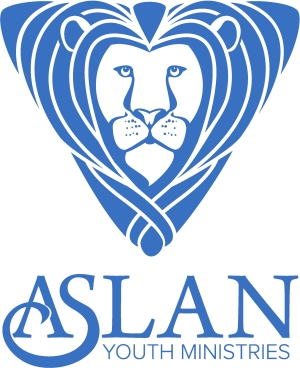 What’s in a Name?

The truth is that our lives have been profoundly impacted by the writings of the great British scholar, C.S. Lewis. And his 7-book series, The Chronicles of Narnia changed our lives. The central figure in these books is ASLAN, the Lion of Narnia! The books are the tales of several English children and their adventures in a “different world” called Narnia. In this different world, Aslan is the “son of the great emperor;” and in the second book of the series, The Lion, the Witch and the Wardrobe, Aslan comes to sacrifice himself for the people of Narnia and is resurrected as the powerful ruler of all. As we were choosing a name for our ministry, Aslan fit perfectly!

A better question than “what” is Aslan is who is Aslan? The same question was posed to C.S. Lewis by an 11-year-old girl from America named Hila. In the book the “Voyage of the Dawn Treader,” Aslan the Lion tells the children that in “this world,” he has another name. Hila asked Lewis what that name might be, and in a letter to her he responded this way:

“As to Aslan’s other name, well I want you to guess. Has there never been anyone in this world who (1) Arrived at the same time as Father Christmas; (2) said he was the son of the great Emperor; (3) gave himself up for someone else’s fault to be jeered at and killed by wicked people; (4) came to life again; and, (5) is sometimes spoken of as a Lamb…. Don’t you really know His name in this world? Think it over and let me know your answer!”

While Lewis wrote the books to entertain us, author Peter Schakel writes in Reading Into the Heart, The Way Into Narnia:

“The audience grows to love Aslan and everything that he symbolizes; they begin to wish for someone like Aslan in this world. After finding this love for Aslan, they will ideally transfer that love to Christ . . . .”

Perhaps an organization should always be “branded” by what they wish to accomplish. For Aslan Youth Ministries, our hearts’ desire is that the students and families we serve would understand the permanent change that occurs when we come to grab hold of the love of God. And this can happen in a multitude of ways – learning to do better in school, learning to control your anger, learning to love others and care about their needs above your own. In Lewis’ books, Aslan the Lion is ever present, and his deepest hope is that those he encounters will understand the power of relationship and the power of his love. The number one core value of our ministry is that we are “relationally driven.” Like the Lion in Narnia, our hope is to show our students in whom their hope can lie. This is not done overnight or in a one-time conversation. It takes years and years to undo the damage done to the little ones we serve. Change comes slowly – through a journey. Usually, the journey is a long one; but Aslan is always there to help every step along the way! 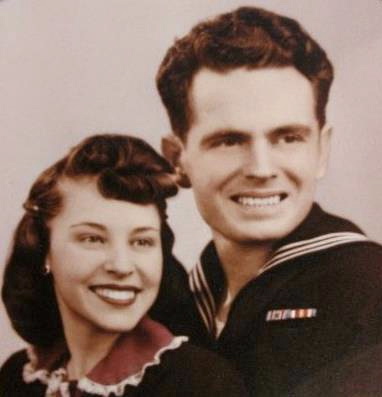 A Mission Rooted in Family

As you look at this picture of Ira and Arlene Bogard, you may have done a double take. Craig, our founder, is such a “spitting image” of his father it is hard to distinguish them. This is in more ways than just “looks.” Let us explain.

It is with great fondness that we remember “Bogie.” He literally supported Aslan Youth Ministries for over 64 years. In the early days both Craig and his sister Dusty were founders of this amazing ministry. It is his guidance first as a follower of Christ and then as a father that led his children first to the Lord and then to ministry. Bogie and his wife Arlene showed their children a deep love that was passionate. They helped them to see the importance of showing the hopeless there is one who is the Hope of the world.

Any of the times that Bogie and Arlene came to visit our Aslan programming he was an amazing example of wit, faithfulness and support. His influence both emotionally and financially to the ministry was profound. This is a man that well into his early nineties was still playing full rounds of golf and taking the world by storm. He will be missed by all.

We wanted to share with you the beautiful obituary that ran this week.

Ira Allen Bogard was born in 1915 in Winters, Texas, a tiny village in the center of the state. His parents, Charlie Thomas and Myrtie Lee were itinerate cotton pickers who were as poor as church mice and traveled from place to place in a covered wagon. They settled in Winters for a while, because of the cottonseed mill that was there.

When Ira was born, he was blue, he wasn’t breathing and he was lifeless. In the wisdom of today’s world he would have been thrown away, as happens every day in America. However, in the civility of yesteryear his grandmother, Tennessee Louisiana Bogard, grabbed the tiny boy, dunked him in freezing cold ice water and put him in a warm wood stove. Shortly thereafter little Ira began to cry loudly and let Tennie Lou know that he was hungry!

For ninety-seven years Ira “Bogie” Bogard had a significant footprint on this earth. His childhood was spent in the backwoods along the Indian reservations surrounding McAlester, Oklahoma. From there his parents took him to Plainview, TX and then on to Logan, NM. It was there that he began to excel in sports of every kind, in particular baseball and basketball. Playing semi-pro ball in high school with the Tucumcari Utes, he was privileged to compete against Satchel Paige, Burley Grimes and Dizzy and Paul Dean. In one exhibition game against the barnstorming Pittsburgh Pirates he was offered a contract with the Pirates to play professional baseball. He declined, however, in order to pursue his education and enter college at New Mexico Normal (now Highlands) where he graduated in 3 years and 4 summers – the first in the entire Bogard clan to graduate college.

At 5’7½” he played forward on Normal’s basketball team, which at that time was one of the best small college teams in the nation. When the Harlem Globetrotters were first becoming famous, they came through Las Vegas to play 3 exhibition games against Normal, and Bogie and Normal are the only team in basketball history to have beaten the Trotters two out of three games!

Another of Bogie’s accomplishments was to hold the New Mexico record for the 50-yard dash for over 50 years. He was also an accomplished par golfer, with over 15 holes-in-one, and he twice won the State Seniors Tournament for his age bracket.

Bogie’s greatest accomplishments, however, were not in sports but in the lives he changed. After graduating from NM Normal, he began a wonderful career in teaching that spanned over 37 years. Although it began in Moriarty, most of his teaching career was done in Portales where he met the forever love of his life, Ava Arlene Cooper. After a whirlwind, six-week courtship the two were married, and their time together here on earth lasted over 70 years.

He enlisted in the Coast Guard on December 8, 1941, and served his country honorably throughout World War II. After the war he finished his Masters degree in education and returned to Portales to continue teaching. He proudly served as the Executive Director of the State Student Councils of New Mexico for 22 years, and he received the Distinguished Service Award for his countless years of distinctive service to high school students through his work with student council. . . He was a true American hero who loved God with all his heart and loved his country the same. He taught History and Government as it should be taught, and he challenged his students to learn to think for themselves.

After 40 years of teaching, he retired to sell real estate in Ruidoso. He taught Bible studies at his church, and he sent all the proceeds from the sale of his real estate to Aslan Youth Ministries, a work touching the lives of inner-city children in New Jersey and Haiti. This ministry that his children founded continues to this day. When Bogie and Arlene moved to Las Cruces to retire, they joined New Covenant Fellowship and continued to support numerous Christian works.

Finally, Bogie was as proud of his Native American heritage as of anything in his life. Part Lakota Sioux, he fought his entire life to help every person he came in contact with – whether student, friend or mere acquaintance – to understand how unfairly the original Americans have been treated throughout the history of our country. His passion regarding the plight of Native Americans reached such intensity that it often brought him to tears. Bogie left for the loving arms of Jesus early Monday morning. The best husband, father and grandfather in the world, there will never be another like him.