Aslan’s work in Haiti was born in the heart of a 15-year-old boy in Africa during the summer of 1991. Joshua Daniél Bogard, the oldest son of Aslan’s founders Craig and Lynn Ann Bogard, traveled to Uganda with Teen Missions International, where he and a group of teenagers spent an amazing and life-transforming summer digging and preparing the foundation for a medical clinic. 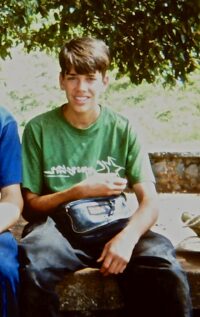 A gangly teen with long locks of brown hair and a huge smile that covered his handsome face, Daniel had adventures with cobras, wildebeests and army ants that would keep Mom & Dad adequately concerned back home. But most of all, he heard God’s calling on his life that would later lead to his dream becoming a reality in Haiti – the most African nation outside Africa – only 5 years later.

Tragically, Daniél died at the young age of 29 on December 8, 2004, leaving his parents, his brother Dustin, other family members and countless friends both in the United States and Haiti devastated. But his work and the dream born in his heart by God continues on.

Daniél’s best friend on earth was his brother Dustin, who traveled to Haiti many times and helped build his brother’s dream. From distributing eyeglasses to supervising summer day camps to just spending time with his good friend “Bob,” Dustin was preparing himself for a life of service in Haiti. But, unfortunately, for reasons mysterious and unexplained, Dustin also died tragically at the age of 25, barely two years after Daniél left this earth.

So, Craig and Lynn Ann are left here alone – orphaned parents. They hold onto one another each day, fighting against the hopelessness of an existence without their two sons for whom they lived and who gave their life meaning. When the Bogards moved to New Jersey in 1971 to follow God’s calling into ministry to disadvantaged children, they did so without looking back and without leaving a way of escape to a more comfortable life 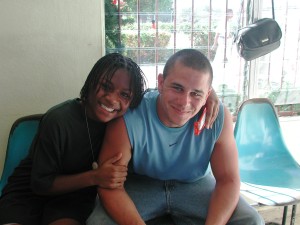 when things became difficult. Although the cost has been infinitely higher than either of them could possibly have imagined some 41 years ago, they continue to hold out hope in the One who holds every tomorrow.

The ancient words are written that “Sorrow comes in the evening, but rejoicing in the morning.” Craig and Lynn Ann believe that if they continue to remain true to the calling of Christ Jesus that has for so long lived in their hearts through Aslan, then the valley of the shadow of deep darkness that they walk through each day will someday break into blinding, glorious light when reflected upon heaven’s gates. And a host of Haitian girls, boys, women and men will be standing in heaven with Daniél and Dustin because these two boys never gave up their dreams for a forgotten people in a forgotten land.