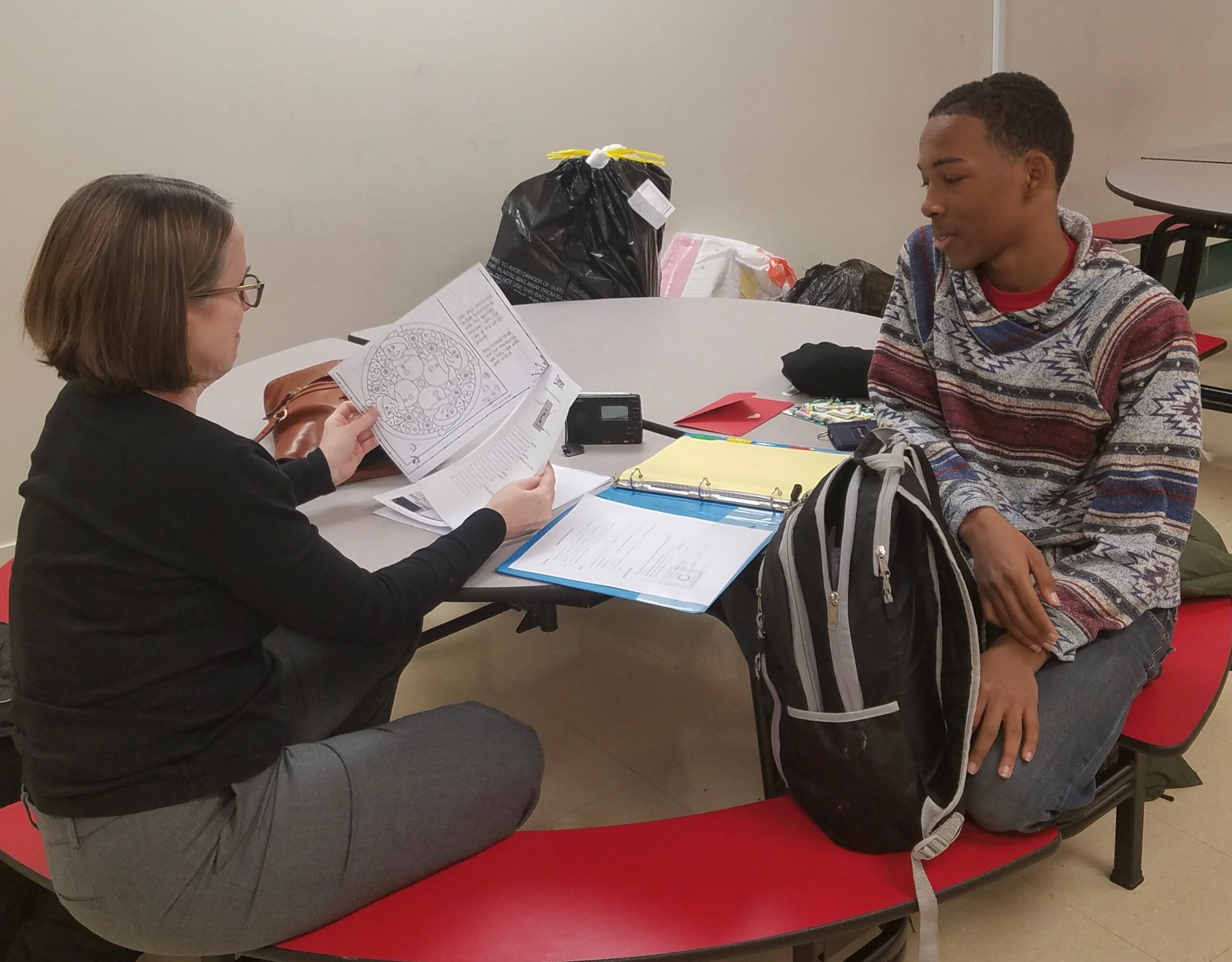 One morning in early January, Lynn Ann is several hours into a phone call with Richard* and his mother trying to straighten out a tuition problem at his school in Rhode Island. It seems like there was no solution that will help him return to school this semester.

Backing up for a minute, last summer Rich was involved in an incident with the police in a township near us. It started as a prank with a couple of his buddies and ended up with his arrest. We were surprised to hear about this, because Rich (now 19) has come to Aslan for years and never been in trouble. As we dug deeper into his problems, we immediately realized he was in serious trouble that could end up with a jail sentence and ruin his chance to go to school.

Over the past 47 years we’ve gone to court with enough young people to know that the 15 minutes they spend before a trial with a court-appointed attorney is a recipe for failure. Without an attorney truly focused on their problems, they always end up doing time behind bars. And their ensuing record follows them for a lifetime, regardless of how serious the charges.

God graciously provided a gifted lawyer, Raymond L. Hamlin, who donated his valuable time for Rich. Because of his diligence, our young friend was recently granted pre-trial intervention (PTI).  As long as he stays in school and out of trouble, his charges will be dropped after 2 years and will not remain on his record.

Back to Lynn Ann’s phone call, it is now January and Rich is at the train station headed north for Rhode Island. A finance counselor from the school is trying her best to work out arrangements for Rich to continue, while Lynn Ann assures her that Aslan will make the required down payment of $650.00 to keep him in school. Somehow, God will provide us the way to help him pay the other $4,000.00 due for the rest of the semester.

Rich’s mother is understandably distraught, but Lynn Ann keeps assuring her, “Don’t worry, this is what we do. We’ll find a way. We don’t leave any of our kids behind. One way or another we’ll make this happen!” Suddenly the school rep says to Rich’s mother, “Wait a minute.” Have you or Rich applied for a school loan this semester? Mom and Rich say “No.” The lady says, “No worries! We’ll take care of this right now.” Within minutes, the loan is approved and Rich is on the train.

Like Lynn Ann said. This is Aslan. This is what we do. Without a 3-hour call and God’s intervention, it’s very unlikely this would have happened. Rich could easily have stayed home, missed a semester, and probably never gone back to school. For almost half a century, Aslan has been leaving the 99 to go find the one (Rich in this case) whose struggles could destroy him or hamper him the rest of his life. With your continued help, we are not about to change a thing. Wherever culture is going, Aslan is going the opposite direction. Whatever culture is teaching today’s youth, Aslan is teaching them the opposite.  If they build their lives on the Solid Rock of God’s love, all things are possible!

With your continued help, Aslan will keep rescuing children in great need. We know that inflation is hurting everyone. To give you a little perspective, it now costs almost $600.00 to fill up our Aslan bus – the life-line to all our programs – one time. Please remember that your generous giving makes everything we do possible.

Thank you from the bottom of our hearts,

* We’ve changed Rich’s name to protect his family’s and his privacy.

About the Author: Sophia Tingle