I am thankful to report to you that it appears Haiti has escaped the worst of Hurricane Irma. I am unable to reach my dearest friend, Israel Joseph, but reports I’ve read about Ouanaminthe mostly indicate severe flooding in some areas of the city. My heart is broken for the many lives lost throughout the Caribbean and the horrible damage done in many places.

When a giant storm or disaster like the 2010 earthquake hits Haiti, there is absolutely no infrastructure to deal with the death and destruction wreaked by these storms. The huts in which so many in Haiti live are made of nothing but straw and mud – materials that have difficulty surviving a small storm, much less a storm like Irma. There are no fire trucks to go out and rescue people. In my 21 years in Haiti I have only seen one or two trash trucks in Ouanaminthe, a city of at least 50,000 people. Almost everyone has a shallow latrine next to their dwelling, so flooding brings the raw sewage to the surface throughout Ouanaminthe. People often get terribly sick just working to clean the sewage-laden water out of the homes. Because of these conditions, cholera and typhoid spread easily throughout the country. Standing water from the flooding can last for weeks and is a magnet for mosquitos that spread malaria, dengue fever and zika. Most Haitians have no medicines to treat any of these diseases, so the death toll could easily rise throughout this beleaguered nation over the coming months from the aftermath of Hurricane Irma.

Christian Joseph, the mayor of Môle-Saint-Nicolas, a city on Haiti’s northwestern tip, put it quite well in an interview with the Miami Herald: “We’ve assumed our responsibilities but when we look at other countries that have infrastructure and we see what Irma did, and our vulnerability, there is tremendous worry . . .  . All we know is that if there is one thing we believe in, it is in God.”

Mayor Joseph is not making an idle comment when he says Haitians depend on God! Aslan is building a church on our property, and it is such a privilege to worship with our friends there.

Please keep praying for all our many beloved friends in Haiti! The picture below is of children’s church at Aslan’s stick and tarp structure. 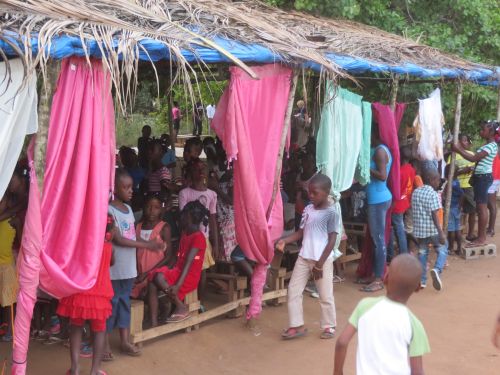 These next 2 photos show life after Hurricane Irma and were made by Maxence Bradley (https://www.instagram.com/maxencebradley) 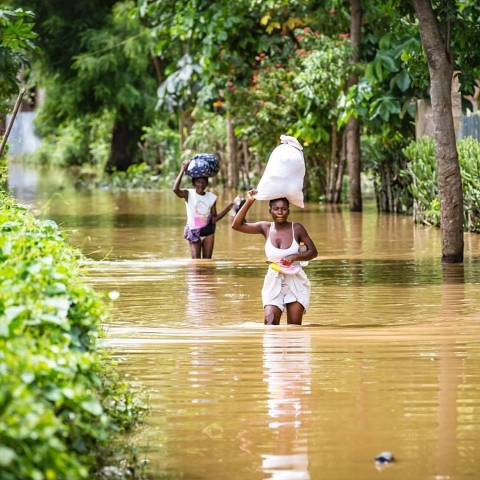