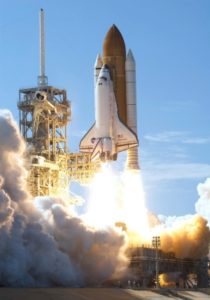 John M. and his 3 brothers were raised in a very poor, single-parent home. When John was in high school, their house was destroyed by fire and his family moved in with his grandparents. Throughout his middle school years, John was mentored by Gordon, an engineer from AT&T Bell Labs. Through Gordon’s valuable mentoring John got an internship at Bell Labs, graduated with a high GPA and entered DeVry Institute to study engineering. During his time at DeVry, however, John’s life began to unravel when his mother (the most important person in his life) died of cancer. Aslan again called Gordon to mentor, tutor and coach John. His grades improved, and upon graduating from DeVry, John interviewed with Bell Labs and was hired as a systems analyst. Over his distinguished 30-year-career with AT&T, John has worked on major projects, including developing one of three guidance systems considered by NASA for the first Space Shuttle! This is such a good example of the incredible impact that one life – transformed through the work of Aslan – can have in this world!

John is just one of the thousands of youth Aslan has helped set onto the right path of success.