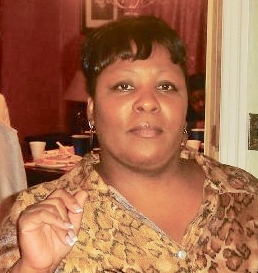 Melanie M. grew up in difficult circumstances along with her seven (7) brothers and sisters. Because she was so damaged emotionally, Melanie did very poorly academically – particularly in high school. She failed out of Monmouth Regional and then Long Branch High. Melanie attended Red Bank Regional while living with Aslan founders Craig & Lynn Ann Bogard for a year, but she failed there as well.

The Bogards didn’t want to give up and recognized that Melanie might do better away from the day-to-day challenges of dealing with siblings who were also working through trauma. They arranged for friends in Texas to invite Melanie to live with them and attend a private school.

While in Texas, Melanie excelled in school – being awarded the schools “Character Award” and graduating from high school with a 92 average! She then attended a year of pre-nursing at Creighton University in Nebraska before returning to New Jersey to work for 4 years as Aslan’s secretary. Melanie accompanied Aslan on their first trip to Haiti where she was greatly inspired to continue her nursing degree. She was weak in her math & sciences, so Aslan arranged for a volunteer (who was also a nurse) to tutor and mentor Melanie through chemistry and other difficult subjects. Melanie did well and graduated as a Licensed Practical Nurse. She has since worked admirably in serving others as a nurse.

Why Support this Holiday Season?